The first instalment of the “Tabletalks on Architecture” is the talk of Diederik de Koning titled “Agricultural architecture & land settlement”, taking place on Tuesday December 6, 18:00 at Kork. 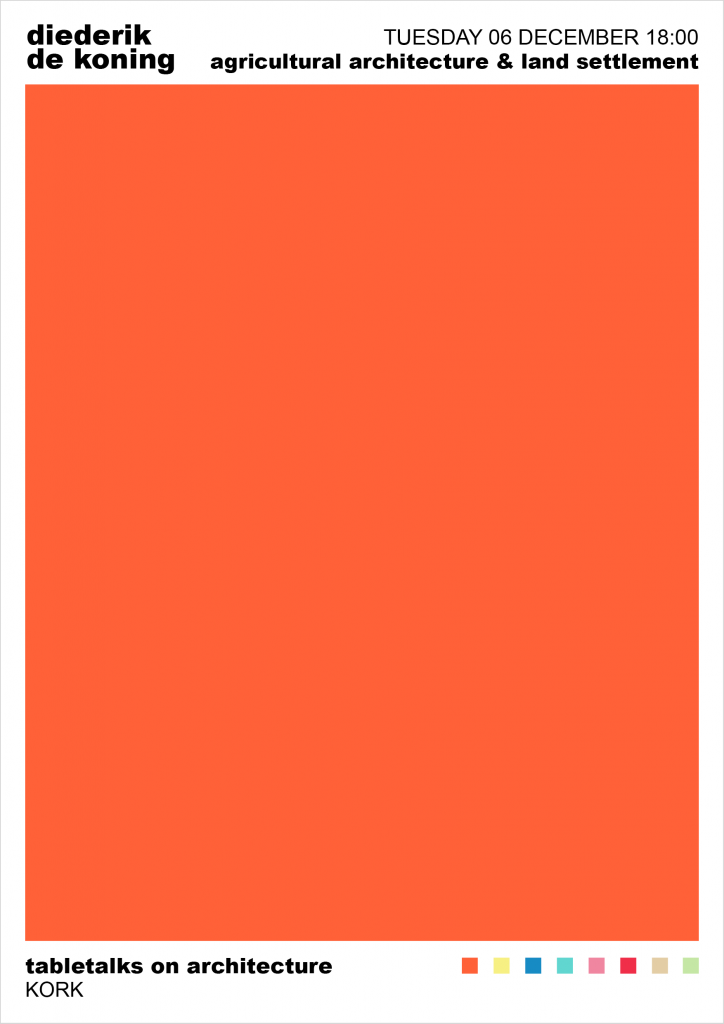 This tabletalk will focus on the role of architect-educators in the design of agricultural buildings and land settlement for the post-war European countryside. The research aims at building up the required body of knowledge for establishing an international discourse on agricultural design as part of the architectural discipline

Diederik de Koning graduated cum laude in architecture from Delft University of Technology, and also holds a master’s degree in Environmental and Infrastructure Planning from the University of Groningen. Since the spring of 2013 he has taught a variety of courses at The Berlage Center for Advanced Studies in Architecture and Urban Design in Delft. He now works for the Institute of Architecture and Landscape at Graz University of Technology. He is currently working on his PhD research at the Borders & Territories research group at TU Delft, which deals with agricultural buildings in the post-war European countryside. Results of the research have been presented at conferences in Warsaw and Venice in 2016. In parallel, he runs an independent architecture practice together with Laura van Santen under the name la-di-da (http://www.la-di-da.nl/) which was recently included as one of the 33 invited young Dutch and Flemish offices to present their work as part of the 2016 “MAATWERK/MASSARBEIT” exhibition at the Deutsches Architekturmuseum, Frankfurt.